Freelancers are business owners with real responsibilities. We pitch, win jobs, invoice, pay our own bills, manage projects and even speak on the phone like a real adult. Like any business, icky money issues can be a jolt to the system.

And freelancers will know that there’s a special kind of agony in debt collection for creatives. As a copywriter (like me), photographer, designer, butcher, baker or candlestick maker, ultimately clients are paying for your creativity – the result of your brain power. The awkward relationship between creativity and money isn’t getting any easier in the world of $5 blogs and logos (concerns about quality aside).

However, there’s 3 good reasons why both my tales of debt have happy endings (spoiler alert). When I went freelance last year, I got great advice and had smart processes including:
• project agreements signed by both parties
• thorough terms and conditions specific to my business
• 50% deposit paid before project start. Not ideal, but the worst-case scenario was writing off the 50% balance.

Real life: The creative who wouldn’t communicate
The project: $2000 website content project for a creative industry business owner. Proposal negotiated, signed off and 50% deposit paid. Five weeks after initial draft with no feedback, I saw my content published on their website. I took a deep breath, sent invoice with a note I was happy they were pleased with the work. Silence. Four weeks went by. Emails were not returned. The phone calls I felt sick about making went straight to voicemail. I felt selfish and needy; how dare I demand payment for something I made up.

I was angry. He was in the wrong. He didn’t communicate. He used my content and stole what was not his. But…

If I felt this bad, how might he be feeling? Maybe the same? Probably worse. What if business was tough and he had no cash to pay the invoice on my direct deposit terms?

What I did next: I created a new invoice in PayPal for the outstanding $1000. If cashflow was the problem, he could pay by credit card.

The outcome: Seven minutes after I sent the invoice from PayPal – he paid it.

Real life: The manufacturer who needed a legal threat
The project: A $5000 content project involving websites and corporate capability statements. Working directly with the marketing manager, project proposal was signed off and deposit paid. Initial feedback was positive, and I sent the complete first draft with reminders on the timeframes we’d agreed on for review. After agreeing to two extra weeks for review, the marketing manager stopped responding to my emails, and didn’t pick up his phone. After four weeks, he sent an awkward email to say there was no problem with the content, but I’d need to talk to the CEO about getting paid.

What I did next: The CEO wouldn’t take my call, so I used my best Google stalking skills to get a current email. Over three weeks I sent emails and left messages – still trying to give them a way out.

As the invoice verged on 100 days overdue, I got serious. Advised if payment wasn’t received in seven days, I would lodge a debt dispute with the Victorian Civil and Administrative Tribunal (VCAT). I included on the email (again), copies of all signed agreements, terms and conditions and email communications (including my attempts to resolve the dispute) that I’d use as evidence.

Seven days later, I lodged the debt dispute online with VCAT (it cost me about $60), and sent a copy of the application to the CEO. I offered to withdraw the application if the invoice was paid.

The outcome: Two days after I sent a copy of the VCAT application, the invoice was paid by direct deposit. I withdrew my application. A $60 investment to get $2500? Worth it.

2. Have your project agreements signed, sealed and delivered by both parties before you do a lick of work. It’s not enough to have an OK by email or over the phone.

3. Compassion is not weakness. Be prepared to negotiate on paying off a debt – be human, especially if you’re dealing with another small business.

4. Be prepared to call people on their bullshit. If you make a debt dispute application or go the debt collection route, stand tall. Scary, but you’re running a business, this is part of the deal. And you’re worth it.

5. Don’t be too hard on yourself. If you get into a crappy situation and have to write off a debt, learn a lesson and move on. Don’t let someone else’s poor behaviour question your choices in your business or the quality of your work. Don’t let a bad apple spoil the whole barrel.

99 problems but a debt ain’t one
Talking with other freelancers, debt disputes are all too common. They’re rarely caused by the work not being up to scratch.

My biggest lesson from these debts? Have processes you can trust, back yourself, and don’t let it become a reason to doubt your creative talents.

What about you? Have you ever had to chase a debt? How did you do it? 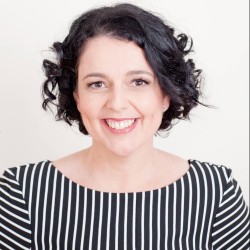 Amanda Vanelderen
Copywriter, editor, ghost writer at Workwords
I've always loved to write. When other kids wanted Cabbage Patch Kids or HeMan, I wanted my first typewriter. Santa had to bring another one the next year because I wore it out. Now... I’m a Brisbane copywriter with clients all over the world. I get to help startups, small businesses and corporate brands make their mark with creative copywriting and communication.

How Aussie freelancers are paying their tax in 60 seconds

Podcasting with purpose from Melbourne

11 top tips for earning more as a freelancer

What does it take to finally get paid on time for your work?